Are we entering a global recession? 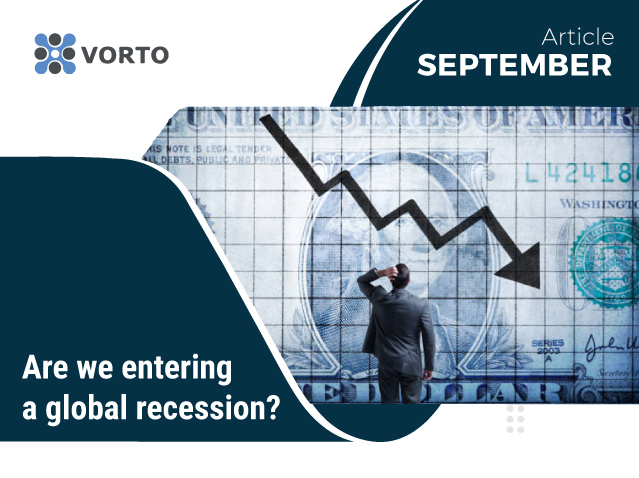 Are we entering a global recession?

On September 15, the World Bank published an article that was titled: Risks of Global Recession in 2023. As central banks across the globe are all simultaneously trying to counter inflation with hiking up interest rates, these efforts could see the world heading towards a global recession in 2023, The World Bank has warned. Whilst there is not a singular and universal definition of an economic recession, investors and economists often define it as two consecutive quarters where GDP (gross domestic product) is negative.

In light of this definition, the United Nations has stated that the global economic outlook is worsening and by consequence, a global recession looms. This statement was published in a report called: The World Economic Outlook Update July 2022: Gloomy and More Uncertain.

The report documented how the recovery post pandemic in 2021 was tentative in nature and the developments in 2022 have contributed to this gloomy perspective. The global economy was already suffering and weakened by the outbreak of Covid19. According to the IMF, this crisis created ‘higher than expected inflation on a global scale. Economies in the US and Europe have suffered and by consequence triggered tighter financial conditions’.  The IMF also reported that the pandemic created a ‘worse-than-anticipated slowdown in China’. However, at the start of 2022, the Russian/Ukrainian war added fuel to the fire and global output contracted in quarter two (United Nations).

In the US, there are tighter monetary policies and consumers are experiencing reduced household purchasing power. This climate is a breeding ground for a downturn of growth. According to The World Economic Outlook Update July 2022 update, economic growth in the US will fall by 2.3 percent and by a further 1 percent in 2023. There has been a similar reflection in the Eurozone, whereby growth is expected to decline by 2.6 percent this year and another 1.2 percent in 2023. The tighter monetary policies in the Eurozone has been a direct spillover from the Russia/Ukraine crisis.

However, it is not just the pandemic and aftermath of war that is said to be causing an impending global recession. Inflation is also a key driver behind this potential recession. According to the World Economic Forum, increasing food and energy prices are a key driver of rising inflation globally. This has been a consequence of the war in Ukraine, which has caused supply chain disruption  in the energy market which has in turn impacted food and electricity. The IMF shared findings that inflation is set to reach 6.6 percent this year for advanced economies and 9.5 for economies in emerging markets.

In order to counter a recession from happening, central banks would need to increase interest rates to rein in inflation rates without slowing down the growth of the economy as this also would result in a recession. It is a tight line for central banks and they are teetering on the edge of a global recession.

As the market currently stands with persistently high inflation, consumers being discouraged from spending due to food and energy prices and the continuation of war,  there is a great likelihood that 2023 will see a global recession.